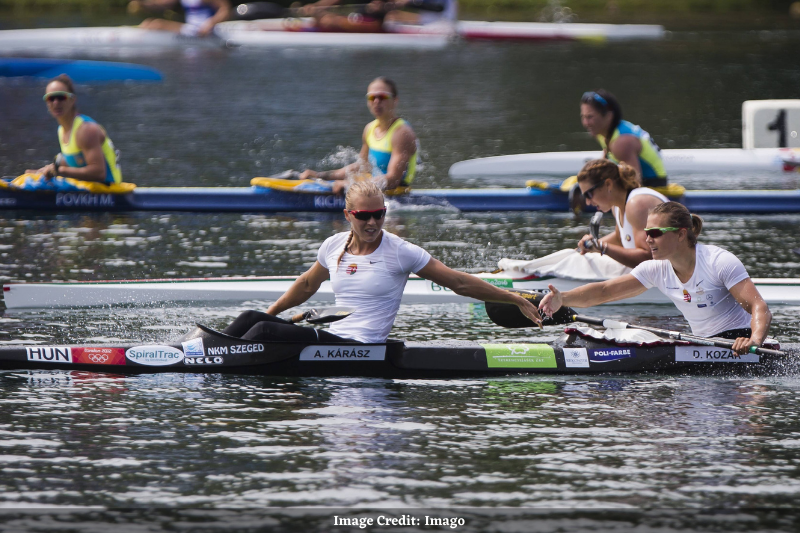 Day 15 of the Olympic Games 2021 has pouring medals for Canoe Sprint early in the day now the women’s kayak-four 500 meters adding its part to the happenings. The A final saw the Hungarians fulfilling their gold hunger leading the race and powering through to win the top place in the event. New Zealand amidst high expectations missed the podium with its star Lisa Carrington losing her chance to winning her fourth gold medal in the Games after victories in the single 200 and 500 and 500 pairs.

The chase started off with Kiwis in the medal position till the halfway point where the polish squad swapped to take the lead and further the medal of the Canoe sprint race. Belarus was second to finish 0.61 seconds behind the gold medalists who did not have the lead till the mid-way point of 250m and ahead of Poland. Finally, Hungary has its 6th gold while takes its third silver.