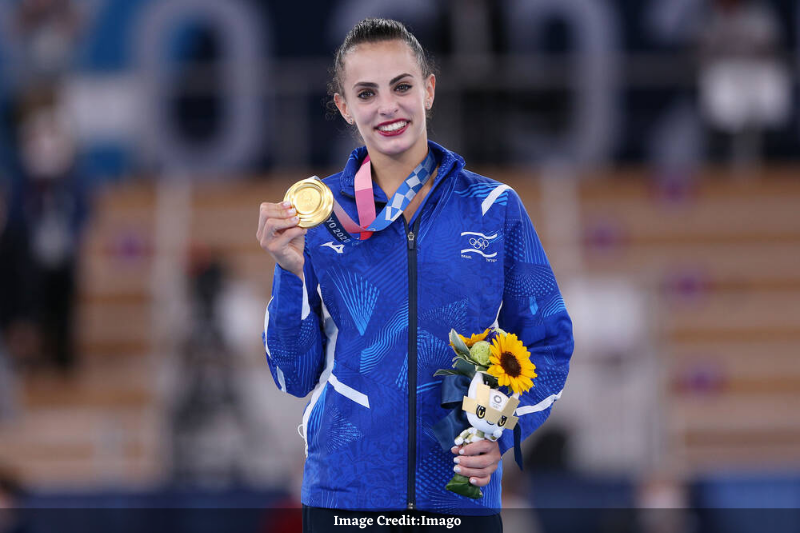 Linoy Ashram won the title in Women's Rhythmic Gymnastics all-around final with an overall score of 107.800, she finished first on the hoop, ball, and clubs exercises. Ashram was accompanied by compatriot Nicol Zelikman as well who qualified for the final on Friday, she finished seventh on the table with a score of 95.600.

Ashram then faced a tough fight from Russian Dina Averina who got the silver instead with a score of 107.650 and Belarusian Alina Harnasko settled for the bronze with 102.700. Averina was the three-time world champion and favored to win the title as well but Ashram’s three beautifully executed routines gave her a good lead which gave her the gold and Israel's first Olympic medal in rhythmic gymnastics. Ashram later also added later It's like a dream, she think (it's) like she is not here, It feels different because it was her dream. When she was young she dreamed to be in the Olympics and compete there and then went on to take the gold medal.