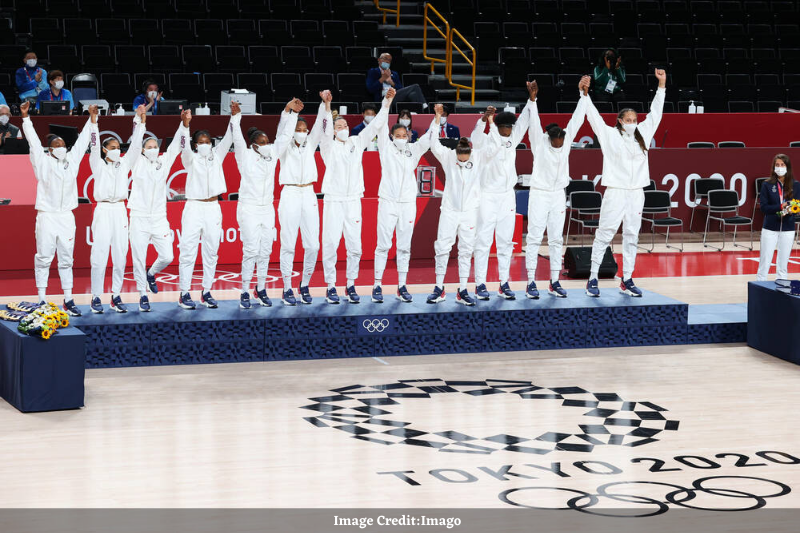 The United States continued to dominate the show in Basketball in Olympics, yesterday Men’s team had won their fourth back to back Basketball title, today even the women’s team held back hosts to claim their seventh consecutive gold medal. In the Saitama Super Arena, the US team defeated Japan by 90-75 to now match with the men’s most win in a row.

The WNBA stars were too much for Japan to handle as they cruised to their 55th consecutive win. Veteran stars Diana Taurasi and Sue Bird have set a career record as well with their fifth gold medal. Brittney Griner topped the scoring sheet with 30 points and five rebounds, behind her A’ja Wilson, scored 19 points and Breanna Stewart had 14. Japan on the other hand will take the silver medal, it was their best finish in Olympics. Bird and Taurasi’s former teammate turned coach Dawn Staley, also won her first gold as the coach.