Gold win for Norway’s Mol and Sorum in beach volleyball 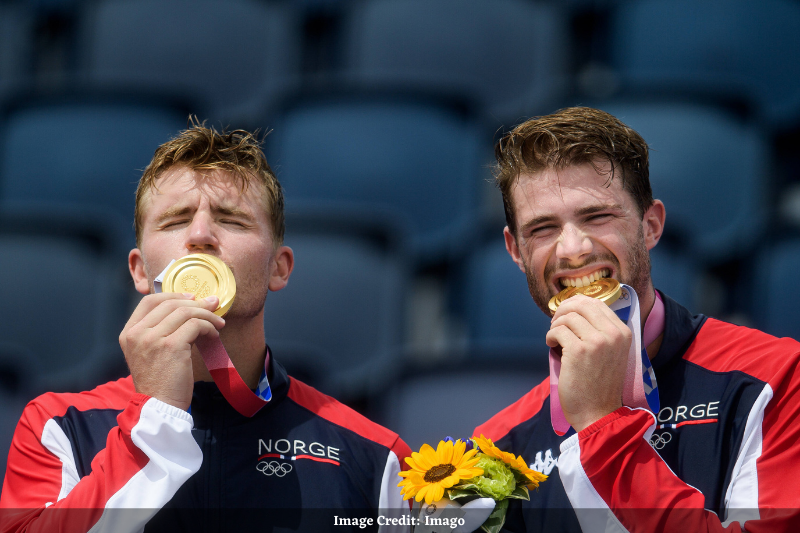 It is Norway’s first medal in the event as Christian Sorum and Anders Mol beat Russia in the men’s beach volleyball gold medal match. Norway never decorated with a medal in volleyball has a historic moment at Tokyo in the finals as the three-time European champions turn Olympic champions now.

The reigning world champions lose 21-17, 21-18 to Norway stars in straight sets at the Shiokaze Park venue overlooking Tokyo Bay to complete the podium following Qatar’s bronze win over Latvia. ROC pair Viacheslav Krasilnikov and Oleg Stoyanovskiy led 8-4 following six straight points benefit to the opponents with Mol landing on Krasilnikov’s foot. After seeking timeout for treatment, the Russians were blurred as Norway topped up the lead in the second half finally to see victory. ROC duo though competent were not enough with luck and effort today on the beach which has witnessed all fresh faces in the event history standing as the top three.